Best to drink a great wine when it is paired perfectly with the food from its own town prepared by its own people.

Soon, this coming 8/9 th June, a 2 nights only dinner will be happening at Bombana ‘s CIAK – In The Kitchen. Superstar, Italy’s top butcher, Dario Cecchini  from Tuscany teaming up with his friend Fontodi winery for the special 2 nights.

Fontodi is located in the “golden basin” known as Conca d’Ora, south of Panzano in Chianti Classico. This 90-hectare estate was in a run down state when it was acquired by Domiziano and Dino Manetti in 1968. They totally replanted, renovated, becoming certified organic and today they are a true champion of sangiovese.

The estate is now run by Macro and Gioivanni Manetti, assisted by winemaker Franco Bernabei. Its benchmark Chianti Classico is made from a blend of Sangiovese and Canaiolo and aged in large oak barrels . 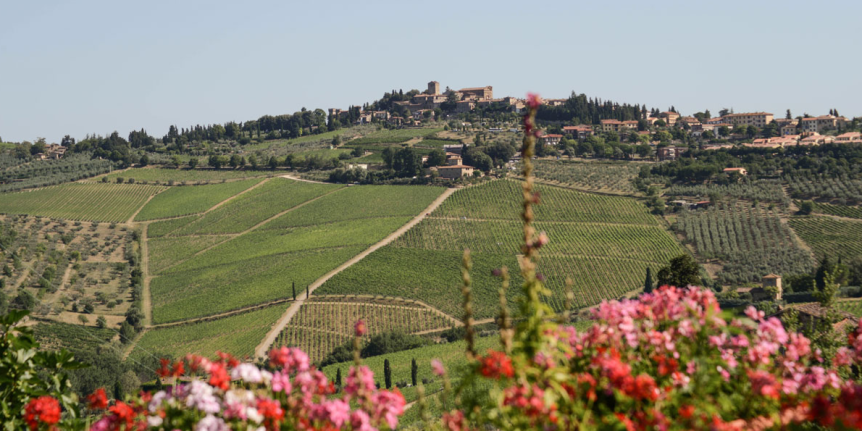 While their single vineyard Chianti Classico Gran Selezione wine Vigna del Sorbo used to have a small amount of Cabernet Sauvignon the blend, starting from its 2012 vintage, Fontodi is reforming this wine, believed sangiovese is the best way to represent the terrior, dropping the cabernet sauvignon grape in the blend completely and making pure Sangiovese. From 10% of Cab in blend in the 2010 vintage to 5% in 2011 and finally to 0% starting from 2012 visioning a single pure varietal in their future.

Don’t get confused that Fontodi only focus on single varietal Sangiovese only in past decade, it was back in 1981, they produced and continuing to do so, a pure sangiovese grape from its best vineyard called Flaccianello. A wine that touch your soul (am sure most people have one) At that time, labeling a 100% sangiovese Chianti Classico was not allowed by law(like in the case of Montevertine) and the Manetti family downgraded it into table wine And they would prefer it to stay at IGT even now the law had changed. Like how few of us would like to think, a great wine need no classification.  Call them anything you want to call and we will still drink it!

To preview wine to be served, I had went through with Fabio from Brightview, distributor of Fontodi, to taste the pairing wine from Fontodi as an early peek. Below is some of my quick note:

A warmer climate Sauvignon Blanc compare to the typical. aromatic/ elegant / honey / ripe lemon / gooseberries racy acidity / greenpepper/ nice “fatter” texture. Would be great even to match with the steak tartare with such fresh acidity. 8k bottles made.

1981 being the first vintage , 100% Sangiovese (flaccianello is name of the area). Smokey deep dark cherry , forest leaves , bright and linear sharp acidity very focus and nice form of tannins; slightly high in its 14.5% alc but hard to spot any of it, a very lovely well made wine. Delicious. 100% big old troncais; 60 k bottle made.

Only 500-1k bottles made per year . In 2013, only produced 500 bottle . Dino is name of his father. Using same vineyard of Vigna del sorbo, this wine, only using old Roman method of Terracotta amphorae for 2 years. Bold powerful and pungent. Bright red stone fruits floral , dark tobacco. A different expression of same terrior.