Great to have a chat again with Brendan McCarron , head of maturing whisky stock at Glenmorangie, over his newest release of Grand Vintage 1989 , a second release in Glenmorangie’s Bond House No. 1 Collection, this Highland single malt was crafted from some of the last spirit to emerge from the distillery’s former still house. Distilled in 1989 and matured for 27 years in a handful of highly sought-after casks, including some prestigious ex-Côte-Rôtie casks from the northern Rhône wine region of France. Presented at 43% abv, each bottle is individually numbered and comes in a stunning wood and copper display case with a copper plaque inscribed with the story of the expression. 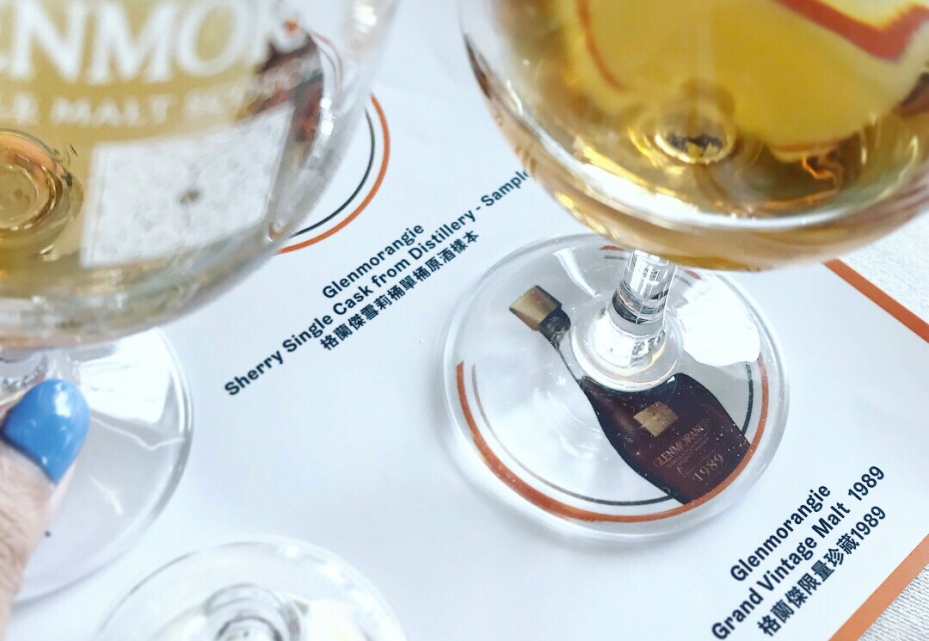 Dr. Bill Lumsden, Glenmorangie’s Head of Distilling and Whisky Creation, said his imagination had been captivated by the distinctive flavour of this seminal 1989 vintage. Mr Lumsden, Brendan and the team selected casks from 1989 to undergo further maturation, some of which were recasked into rare Côte-Rôtie red wine casks. It was said Dr. Lumsden was interested in the character it would bring, from the casks that went through co-fermentation of Shiraz and Viognier grapes, to Glenmorangie’s soft and smooth spirit. He said: “After 27 years, I knew that Glenmorangie Grand Vintage Malt 1989 was ready to share. The resulting expression beautifully balances the subtle finesse of Glenmorangie’s spirit with a rare richness and intensity.”

“The spirit from the same vintage finished in ex-Oloroso sherry and ex-bourbon casks were carefully tasted to complement the depths brought to the whisky by those finished in ex-Côte-Rôtie casks”, said Brendan. And it proves smoothly delicious. It is more on the savory side compare to the usual, a seductive buttery sweetness and smoke on the nose, with peppery sensation on palate, baked apples and dried orange zest with hint of ripe red fruits, all with a subtle finesse & richness to it, a long oak spices finish.

Plan to call for this Scotch to price around HKD 7680 (equivalent to USD 980) only 77 bottles available In HK, 6000 bottles are available worldwide.